Many people think that the size of the nostrils is depended on the amount of cartilage tissue in this area. However, nostrils do not have cartilage tissue and are composed of soft tissue, fibrosis, and fat. As a result, cartilage does not need to be modified to correct the alar area.

There are different methods to resize the alar. In one method, the incision is made through the junction of the nostril and top of the lip. In another method, the surgeon makes an incision through the skin where alar adjoins to the cheek. Also, sometimes internal incisions are used to reduce the size of nostrils. Choosing the alar reduction technique is depended on the size of the reduction, the shape of the nostrils, and the degree of symmetry between the nostrils. Deciding on the technique used during the surgery is up to the physician. If internal incisions are used, the scar and suture will not be apparent. Also, the suture is less visible when the incision is in the lower part of the nose (where the alar is attached to the top of the lip).

If the problem with the nose is only that the alar is large, outpatient surgery with local anesthesia can be performed to resize the nostrils.

As mentioned, some people are unsatisfied with the size of their alar after their nose job, and they intend to perform secondary rhinoplasty. After rhinoplasty, It takes at least 6 months to judge about the alar shape, because before this time due to asymmetric swelling, alar may seem large or asymmetric. After rhinoplasty, tissue fluids may accumulate under the skin and cause swelling. If you are unsatisfied with the appearance of your nose after 6 months, you can correct minor residual problems during an outpatient repair procedure.

Many people ask their doctor to reduce their nose overly. As mentioned earlier, the nose has to be proportional to the other facial components to look beautiful, and the mentioned ratios for the nose must be considered in the surgery. For example, If a person has a wide face, a narrow nose will not be appropriate.

Also, the over-reduction of the nose can lead to breathing problems. A skilled surgeon always prioritizes the health of the patient’s airway for applying changes. 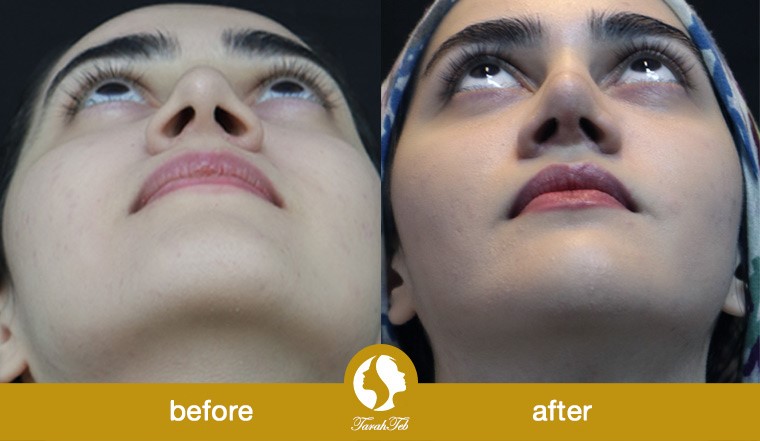 After alar reduction surgery, your nose may be slightly swollen, which is normal and it is not concerning. You also need to see your nose doctor a few days later to remove the sutures if external incisions are made during surgery.

As mentioned before, alar contains fat, and the fat secretion can prevent rapid healing after alar reduction surgery. Thus, it is necessary to use appropriate medication for better healing. The shape and type of the nose are important in healing the trace of sutures; those with a meaty nose must take care of the suture site more.

One of the factors that determine the cost of nose surgery is the amount of nose changes. Since only alar part is changed to reduce the size of the nostrils, it does not take much time for the physician, so it costs less.

Also, surgery can be done to reduce the size of the nostrils in an outpatient setting and do not require an anesthesiologist, resulting in hospital costs being eliminated and therefore less costly in comparison to a complete surgery.