Rhinoplasty is one of the most common surgeries in Iran. Every year, many people from all classes of society perform rhinoplasty. In the past, only women wanted to do a nose job, but nowadays, men perform rhinoplasty as well. Rhinoplasty is performed to modify the appearance of the nose and increase its coordination with the facial components. Also, this surgery corrects respiratory problems, and if the applicant has problems such as septum deviation, polyps, enlargement of nasal turbinates, etc., he will be treated by a nose doctor during surgery.

The purpose of this article is to provide information about nasal cosmetic surgery in Iran, so that those who want to perform rhinoplasty in this country make a more informed decision.

Unlike Iran, where nasal surgery is more common than other plastic surgeries, this is not the same in other countries. Leading cosmetic procedures worldwide in 2016 includes:

And leading procedures in the Middle East in 2016 include: 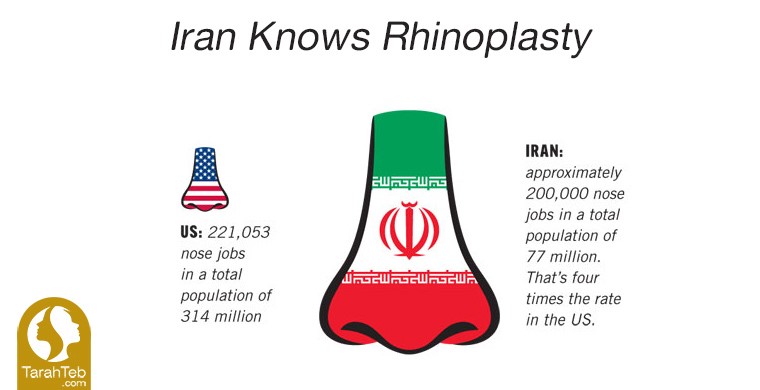 The high rate of rhinoplasty performed in Iran

Although the number of rhinoplasties performed in the USA is higher than Iran, According to the lower population of Iran and in comparison with other cosmetic surgeries, the number of rhinoplasties performed in this country is considered high. The high rate of nose surgery in Iran is not always because of the more attention of the Iranians to their appearance, but one of the reasons could be due to the more disproportionality of the nose with other facial components in Iranian race.

In East Asia, for example, people often have small noses, but their eyes are not so beautiful. Therefore, more eyelid surgery is performed in the countries of that region. On the contrary, Iranians have beautiful eyes, but their noses are usually large and, as a result, nose surgery is more popular in Iran. On the other hand, due to the high number of rhinoplasty in Iran, many surgeons are working in this field, and their knowledge and experience have greatly improved. Another reason for the high rate of nasal surgery in Iran is the low cost of surgery, which results in many people from neighboring countries preferring to have their surgeries performed by Iranian surgeons.

The best plastic surgeon in Iran

• Have excellent education in nose surgery.
• Have a successful portfolio.
• Update his information and apply new techniques for nasal surgery.
• Prioritize proper respiratory function.
• Take into account the desires of the applicant as far as possible.
• Use 3D scanning and surgical guides for nose surgery. 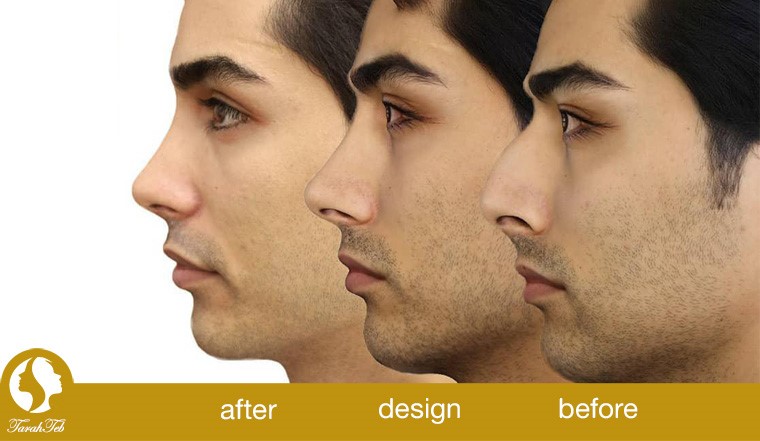 Many people may say to themselves that they would like to see what their nose will look like after surgery. Nowadays this is possible with 3D scanning technology and surgical guides. For this purpose, before the consultation with the surgeon, the applicant's face is scanned, and a 3D model of the face is made using a special software. Next, the surgeon designs the ideal form of applicant’s nose based on the applicant’s facial anatomy, skin thickness, and applicant’s desires. It should be noted that golden facial ratios are also used at this stage and the nose is designed to fit other facial components.

Using this method, different surgeons will show you different designs because each physician can approach your ideal to a certain extent due to the specific surgical method he uses. As a result, you need to have a consultation with different surgeons.

After approving the final design and choosing a nose doctor, the software performs the necessary analysis by comparing the initial nose model and the final model. For example, it determines how much the nose should bend or how high the tip of the nose should be. Next, based on the nose final design the applicant-specific surgical guides will be produced by 3D printers. These guides have different types, each of which is used to measure changes in a specific area of the nose. In nasal surgery using this technique, the surgery will not end unless the ideal form of the nose is achieved.

Stages of rhinoplasty in Iran

If you like to perform your surgery in Iran using 3D scanning, you should go to Tarahteb complex and do 3D scanning. Then you can have a consultation with different doctors and choose one for surgery. Next, specify the timing of the operation and perform the necessary tests.

For more information about 3D scanning and surgical guides and to save time, contact the numbers listed on the site. 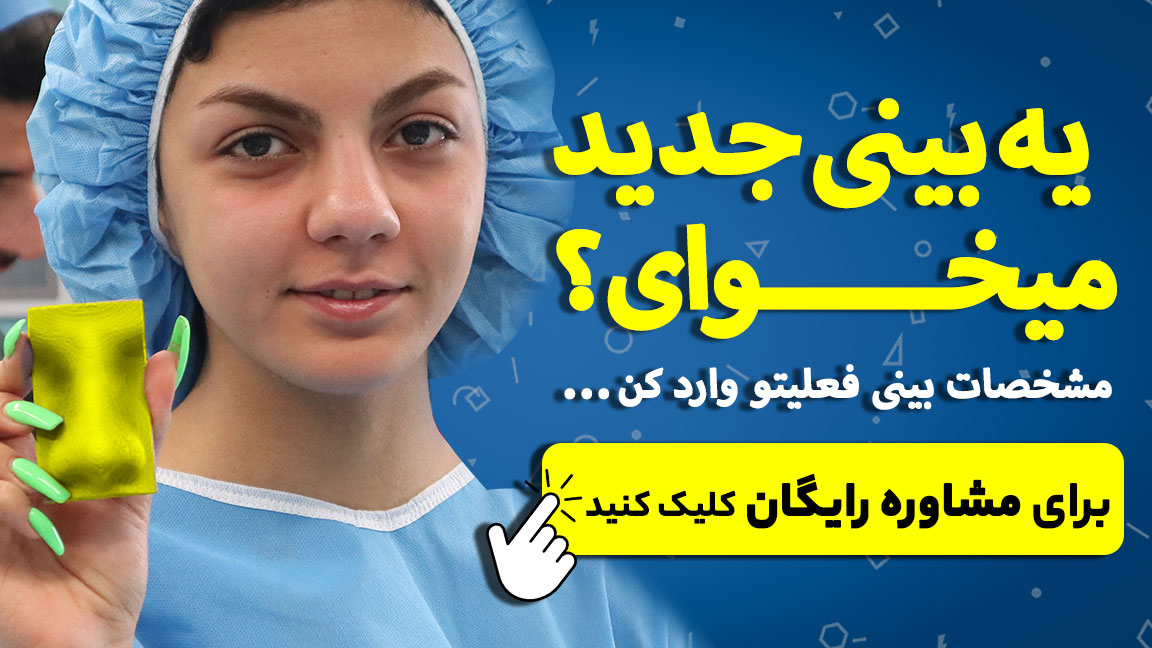